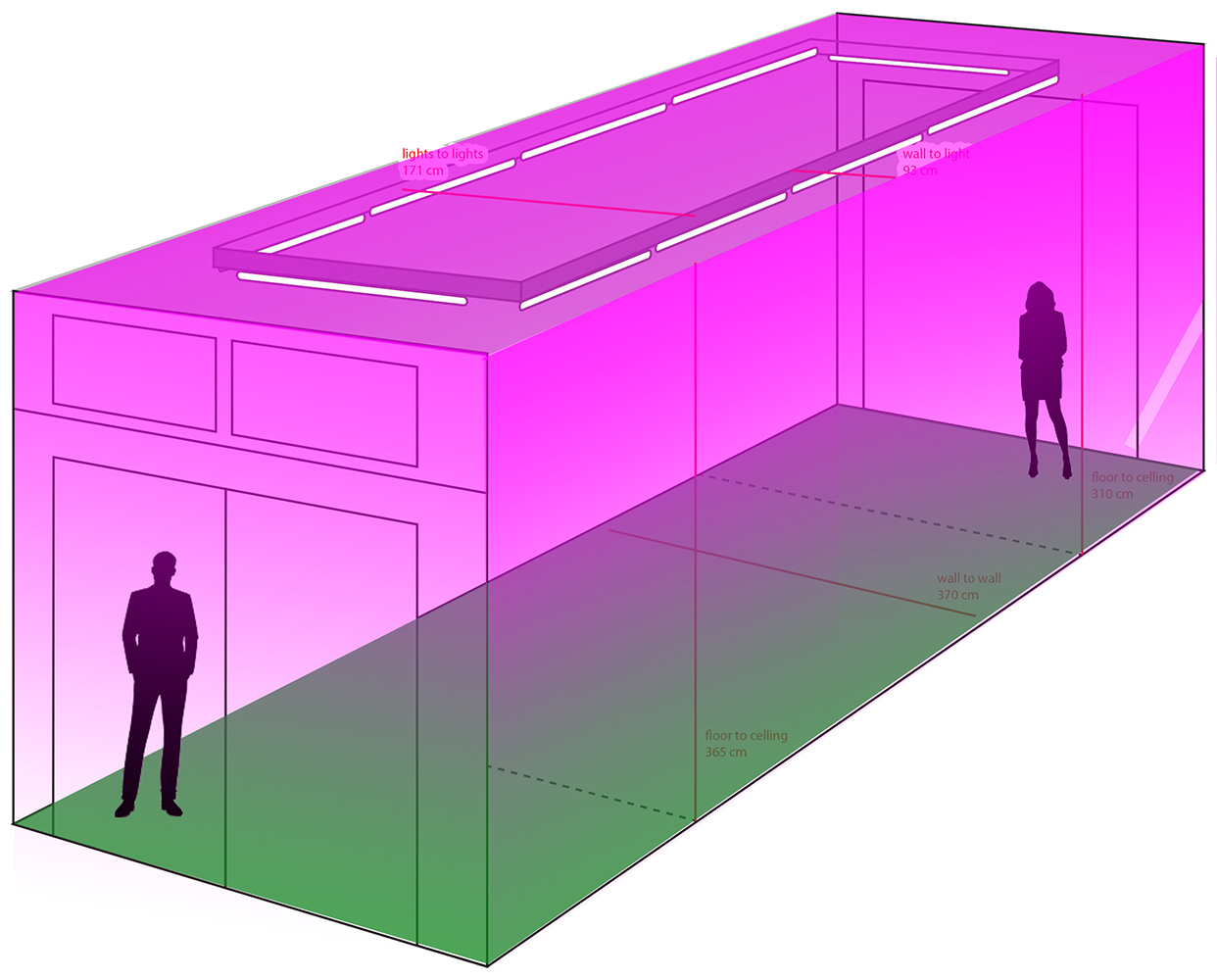 Illustration of the Installation for MIKRO 2020
The installation When Systems Fail We Feel A Tinggling Of Freedom On The Top Of Our Nose is intended as a space for reflection on the given and the possible, as well as the difference between norms and facts. In its presentation as a lawn under plant light, it questions the boundaries between inside and outside, between artificiality and nature, and thus draws a bow to the theme of constructive alienation and what this emancipatory methodology could do for us as a society.

Behind the subject of Constructive Alienation is the conviction that certain given structures such as social norms, sexuality or health are not to be understood as a rigid construct and that they can be changed and shaped through alienation (a method of changing perspectives). The freedom to acquire new knowledge and experiences lies in the possibility of a changed and not normed perception. This term is inspired by the Xenofeminist Manifesto of the collective Laboria Cuboniks - especially: "alienation is the labour of freedom’s construction". (Source: http://laboriacuboniks.net/de/index.html) As well as by the philosopher (and member of Laboria Cuboniks) Patricia Reed and her thoughts on Constructive Alienation and the importance of the hypothetical.

The urgency of discussing Constructive Alienation as an emancipatory strategy is rooted in current events, such as the feminist movement, the LGBTQI+ movement, the climate movement, and more recently the Covid-19 pandemic, and the visualisazion they foster of structural imbalances, leading to the conviction that socially constructed norms should be examined and not accepted as given. The aim of the installation is to bring this theme into the space as an open discourse, by inviting further interlocutors and participators during a 1-day event and a LARP (Live Action Role Play).


This installation is a conclusive work to my master thesis 'Constructive Alienation - An Epistemological Revolution' (CCC, HEAD-Genève), which links the current philosophical works of thinkers Reza Negarestani and Patricia Reed, the research on emotion by historian Jan Plamper, as well as current neurological research, with the personal perspective of a BPD disease. The question: 'what is order and what is disorder?' results in the realization that a given system/norm can be based not only on facts, but also on socially defined agreements. In other words, a 'disorder' can also correspond to a construction and not merley to a factual handicap. Which visualizes the importance of recognizing and deconstructing such supposed limitations/exclusions.